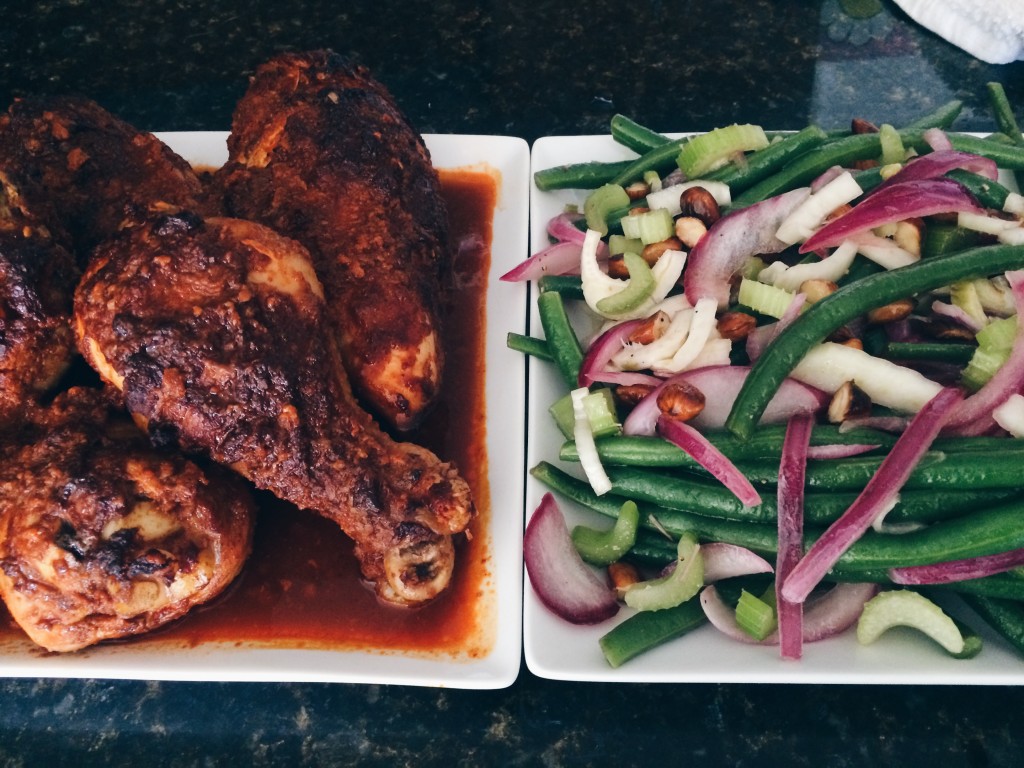 Confession: I have a raging girl-crush on Chrissy Teigen, Sports Illustrated Supermodel and John Legends other half.  Do yourself a favor and follow her on twitter if you aren’t already, because she is absolutely hilarious.  The icing on the cake?  Chrissy is having a fling with Taco Bell (true story) and she runs her own food blog called So Delushious!  This super versatile spicy chipotle marinade is her blogs top recipe and she writes,

“I AM IN LOVE WITH THIS STUFF! … this is something I will never, ever NOT have in my freezer”

Her enthusiasm and the support of her readership had me 100% convinced.  Chrissy suggests quadrupling the recipe to save in the freezer, but I started with one regular sized batch for trials sake.  If you do decide to make extra the vodka will keep it from turning into a block of sauce-ice, which will be convenient when you go to reuse it.  I baked it with chicken drums and bone-in breasts because marinades absorb better into slightly fattier cuts.  The comments attest to the fact that this would be perfect sautéed with shrimp // as a dip // with store bought rotisserie chicken // over sliced avocado // tossed with “zucchini pasta” // with pot roast // paired with anything because its supposedly made of *magic*.  They aren’t wrong, this stuff is good.  The chipotle offers nice depth of flavor, whether or not you drown it out the spice with brown sugar.  Try it out for yourself, and let me know how it goes for you! 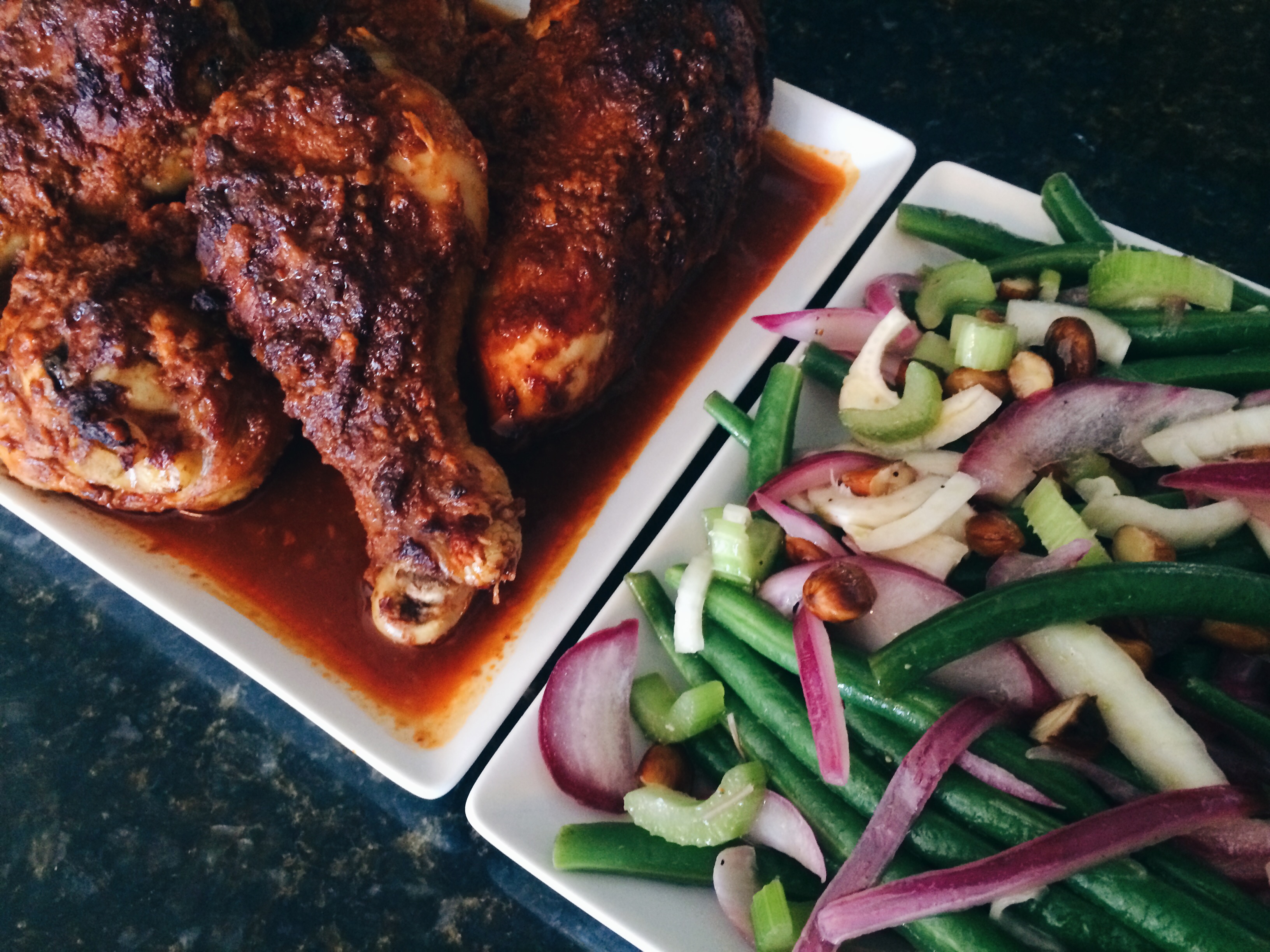 To complete the meal, I made a green bean salad with pickled red onion and fried almonds.  I considered writing a post about it because it’s a really great side dish… but who wants to read more about green beans than you already just have?  Find the recipe by Smitten Kitchen here.  Its light crunch would be great as a starter for heavier dishes like pastas or pork chops, and the recipe is enough for 2-4 people.  My mandolin slicer broke recently, but definitely the only thing that could’ve made this salad better would be a finer chop.  Oh well, the pickled red onions still saved it for me.  Why aren’t all onions pickled?! 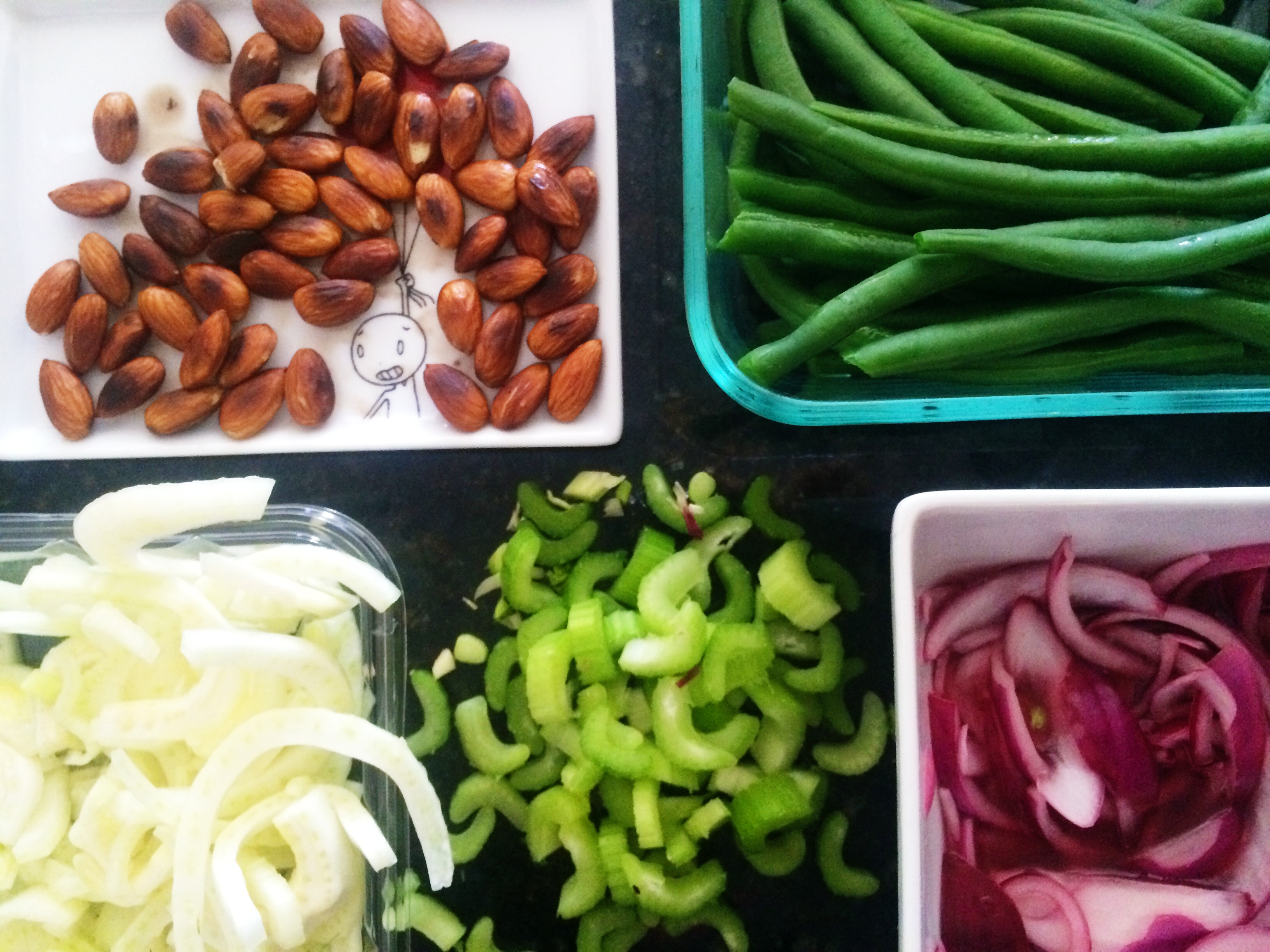 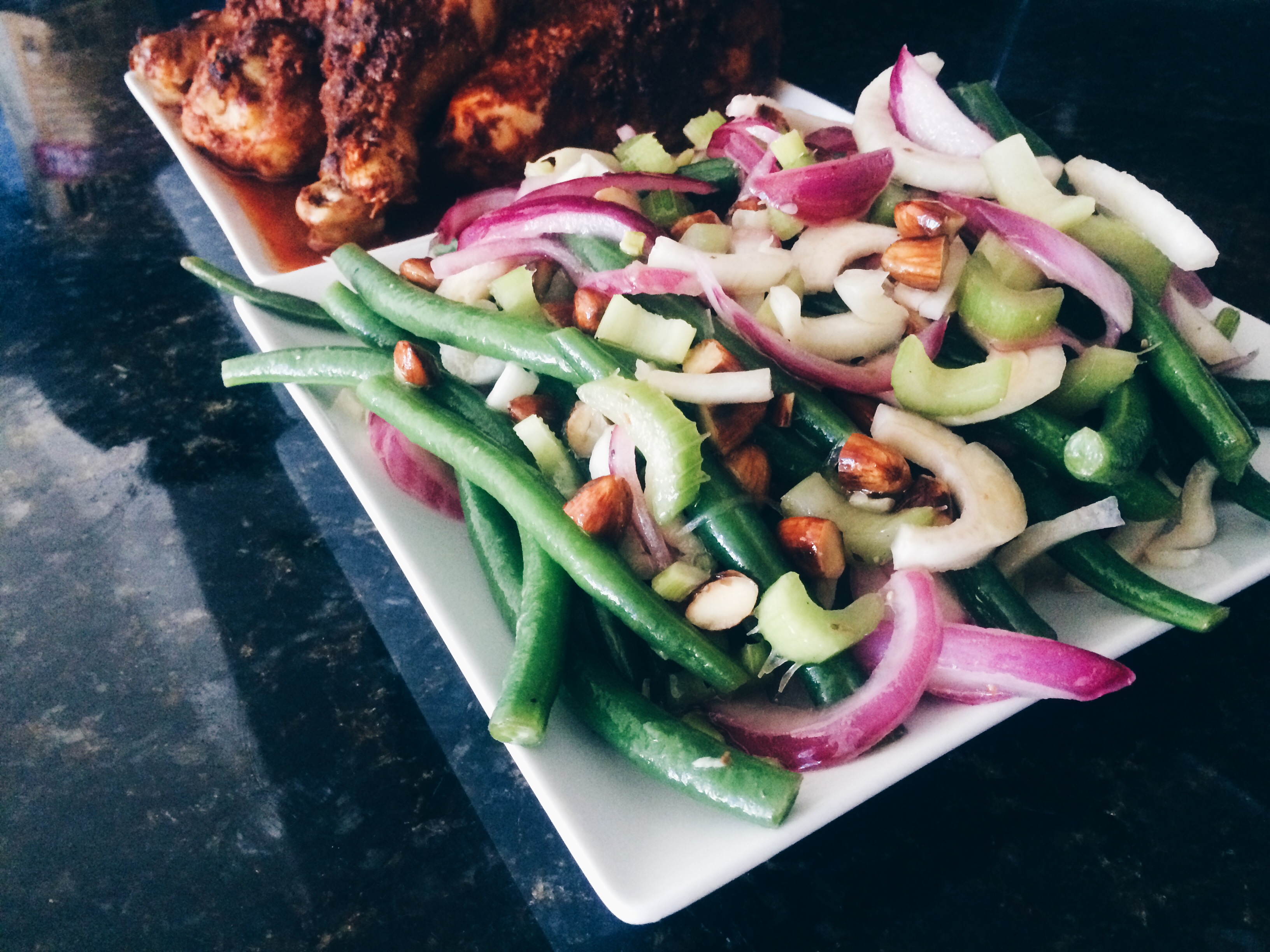 **Note that, as a chipotle based marinade, this has a kick  They key is tasting as you go.  Too spicy?  Add more brown sugar, ketchup, and garlic!  Too sweet?  More vodka! 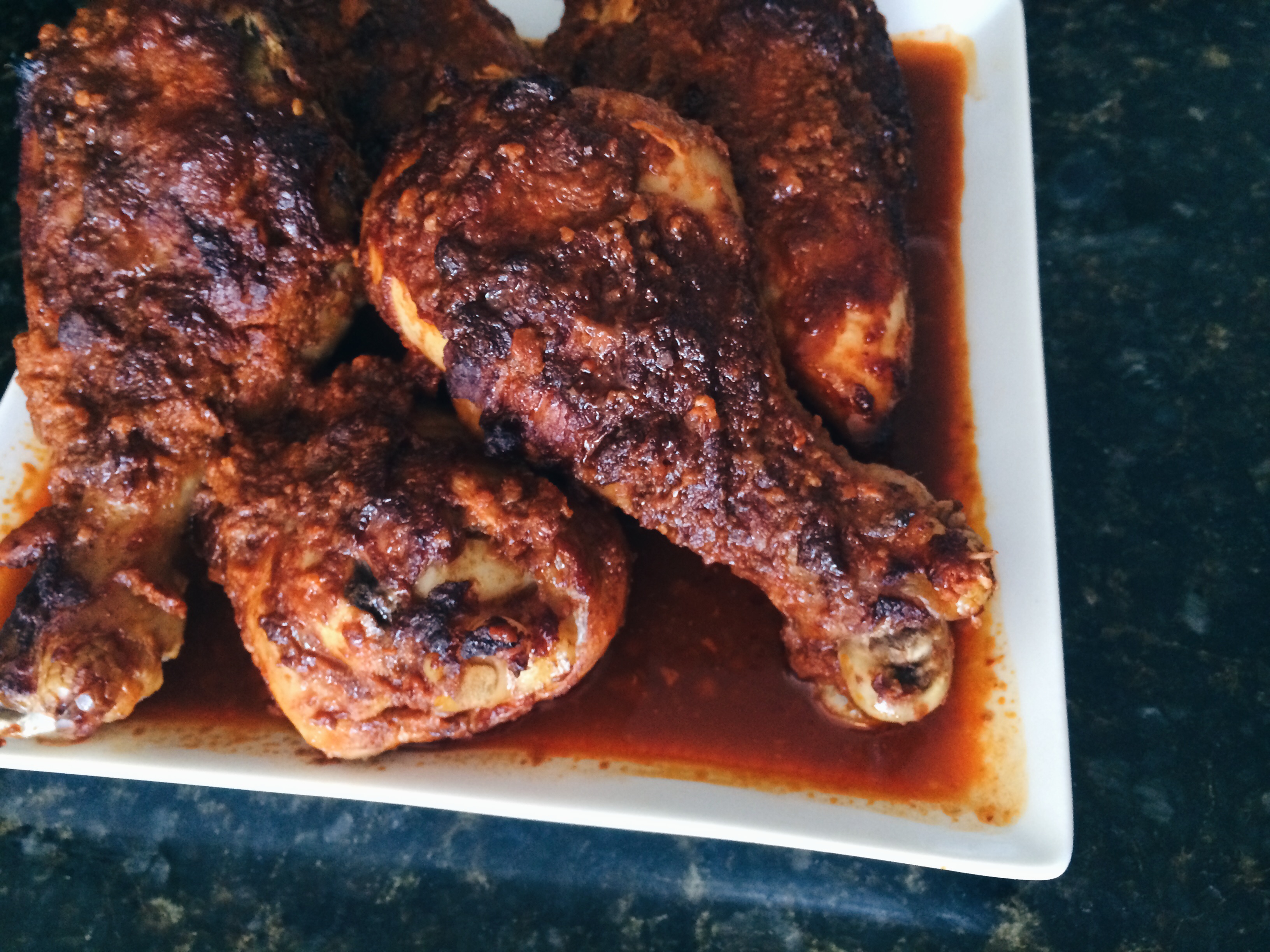 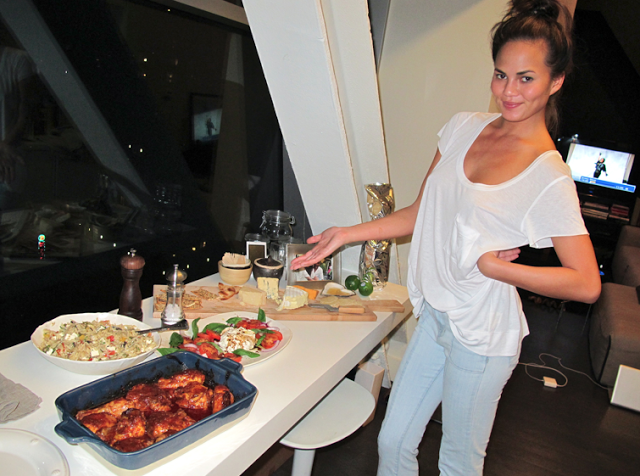