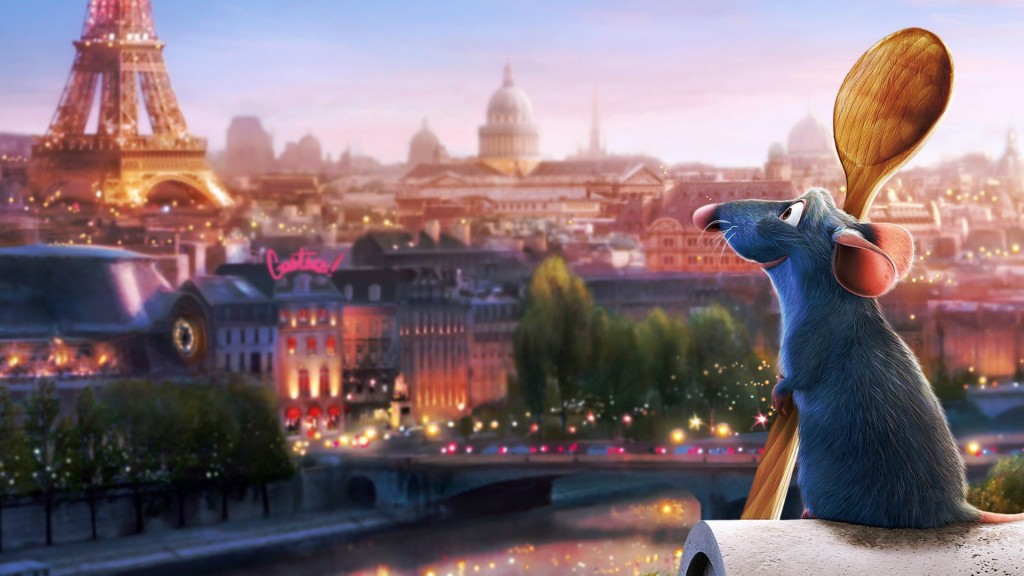 Ratatouille!  Before I dive into the lists of new recipes I’m dying to try, I wanted to transfer over the ‘Ratatouille a la Remy’ I made almost two years ago from my tumblr.  Inspired by Pixar one night I did a bit of research to find that the Ratatouille in the movie is not the French classic, but a reimagining by Thomas Keller called ‘Confit Byaldi.’  Classically ratatouille featured roughly cut vegetables that were fried then baked, and plated as a stew.  Thomas Kellers ‘byaldi’ variation for ‘The French Laundry Cookbook” features vegetables in thin slices, adds a piperade (tomato & bellpeper sauce) at the bottom, a vinaigrette at the top, and serves the dish by fanning the vegetables out accordion-style.  Thomas Keller, that fancy guy.

This  was one of the most exhaustingly involved recipes I’ve ever followed, but it also yields one of the best dishes I’ve ever cooked!  Although the prep work is hugely time consuming (grab some wine and you’ll be fine), to cook it only involves baking it and allowing it to rest overnight.  In theory, very simple.  **While the resulting dish is meant to be an entree, you may want to prepare some sides to make the meal a bit heartier.  I suggest toasted baguette as a side, or you could serve it topped with goat cheese over a bed of couscous.  The flavors intensify the longer it sits, so leftover veggie sandwiches are strongly encouraged. 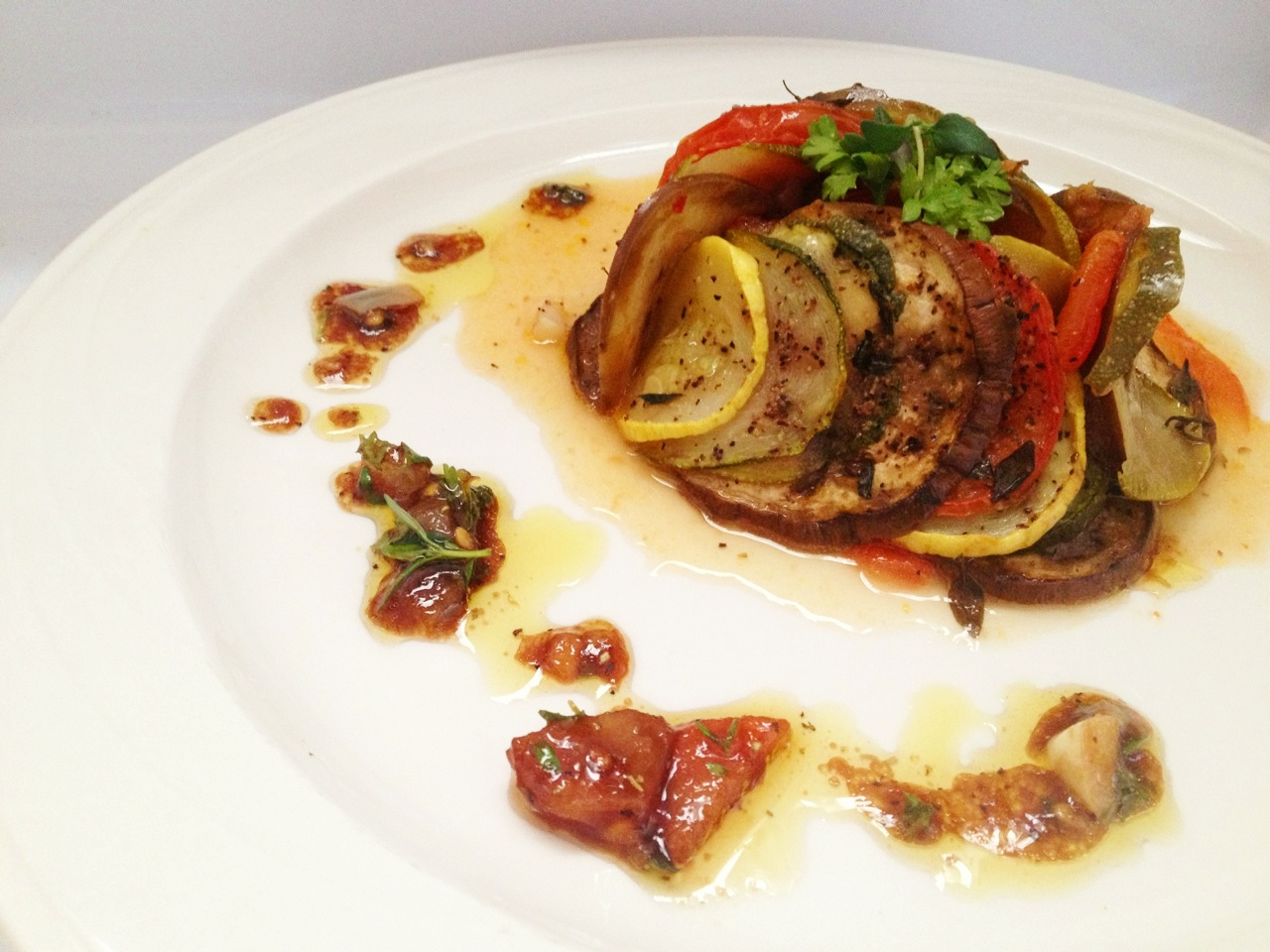 My plated Ratatouille- Baguette and goat cheese not pictured.

Note:  Seriously, use a mandolin to slice the vegetables.  1/16inch thinness is preferred.  Ages best over night– the time to do this is after step 5 and can store in the fridge for up to two nights before continuing on.